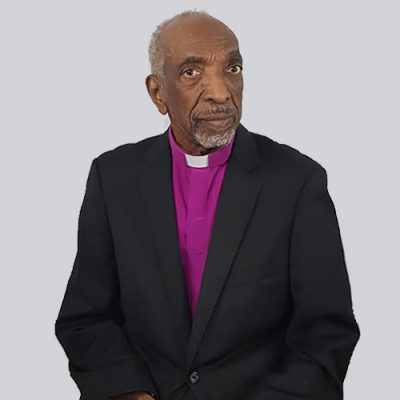 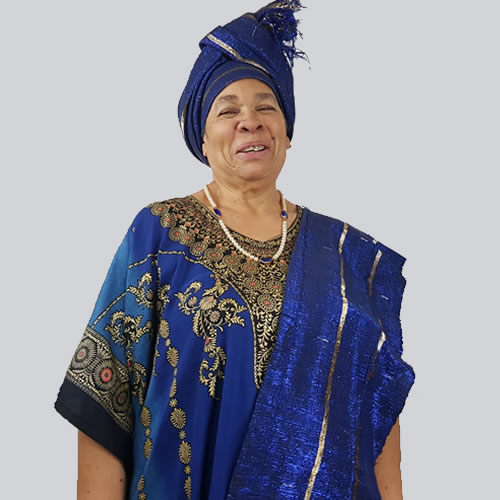 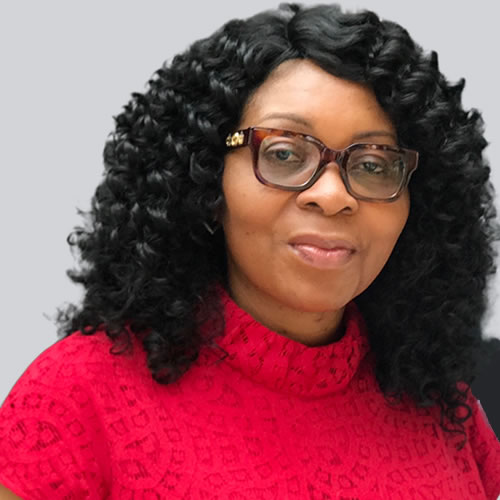 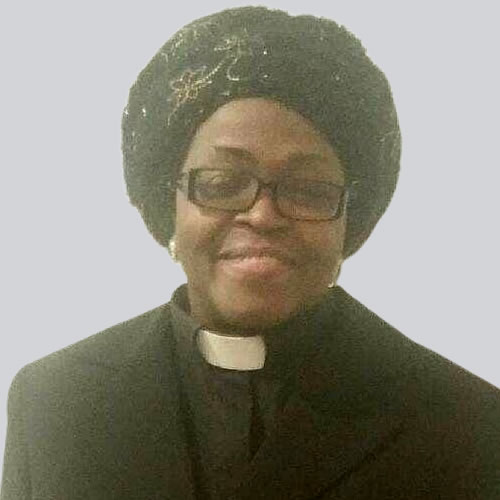 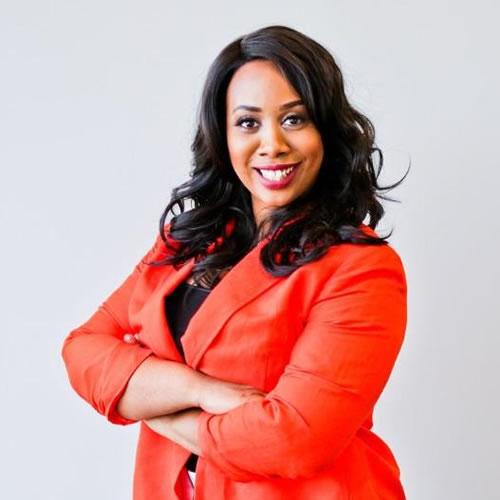 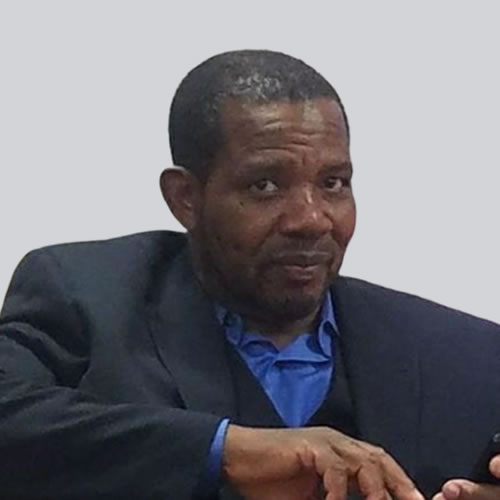 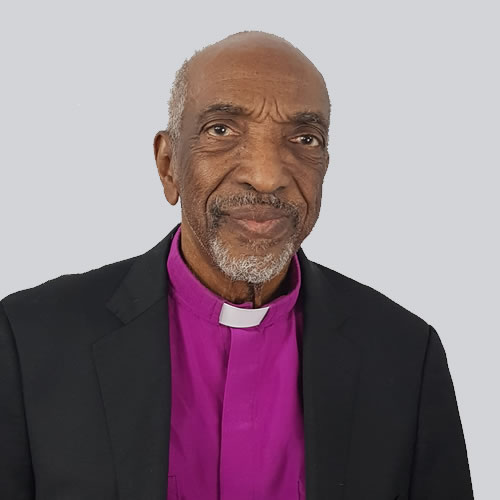 Richard A. Thomas has been preaching since his late twenties and has been in ministry since the 1960s.  He served as a shepherd and preacher/trumpet “pumper” under Leader Hunte for several years before migrating to the United States, where he joined a small bible class, where he conducted bible classes, leading to the baptism of 9 souls in the Free Evangelical Churches of America.

Archbishop Thomas is a native of Trinidad and Tobago, where his spiritual journey began. In 1972 he was ordained a minister, a few years later in 1975, he was elevated to the office of Bishop and Archbishop respectively. Later that year he founded St. Michael’s Spiritual Church Inc., in Brooklyn, NY.

His passion for spreading the gospel, preaching, and teaching has led to mission trips to; Korea, Japan, Israel, Egypt, Thailand, England, France, Malta, the Caribbean, Ghana, Togo, Benin, India, and Kenya.  These mission trips led to the establishment of satellite churches in India, Ghana, and the Caribbean. He is a servant of God with a mission and vision, whose motto is “My delight is to do God’s will.”

He and his wife, Assistant Pastor Joan Thomas, have been married since 1972.  He has nine natural children, two step-children many Godchildren, and countless spiritual children.  He is an endearing leader and father to many.

Joan Thomas was raised in the Roman Catholic church as a child, from an early pre-teen who was involved in missionary work through the Legion of Mary.  She has been in full-time ministry since 1975 as the Assistant Pastor and First Lady of St. Michael’s Spiritual Church in Brooklyn, NY.

Assistant Pastor Joan is a native of Trinidad and Tobago, who migrated to the United States in the 1960s.   She is the church mother, the prayer room leader for the founders of St. Michaels Spiritual Church.  She also served for many years as the missionary director and chief fundraiser in support of the home church and St. Michaels satellite churches in Africa, India, and the Caribbean. She was ordained as a Minister in the 1990s.

Her vision for the church and its members, present, and future are “that we all live a righteous life, guided by the word and grounded in faith-based prayer.”  She believes that “a life lived in continual fasting and praying, we can elevate ourselves and our brothers and sisters spiritually.”

Her go-to scriptures are John 15:7 If ye abide in me, and my word abide in you, ye shall ask what ye will, and it will be done unto you.  Matthew 5:48 Be ye therefore perfect, even as your Father which is in heaven is perfect.

She and her husband Archbishop Richard Thomas, have been married since 1972. They are the proud parents of four adult children, nine grandchildren, one great-grandchild, their youngest works alongside them in ministry. 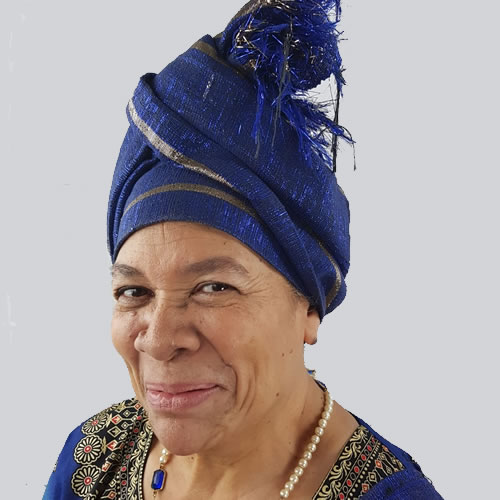 Bishop Dr. Seon Forde began his ministry at Mt. Prisga in Chaguanas, Trinidad in 1970 as a Deacon. After migrating to the United States in 1988, he joined the ministry at St. Michael’s Spiritual Church Inc. as a Sunday School teacher, becoming an ordained minister in 1997. He held this office for more than a decade before being elevated as a Bishop in 2006. He always had a strong interest in Biblical studies, which led to him obtaining his Master of Theology in 2012 from Christian Gospel Mission Bible Institute, followed by his Doctorate in Theology in 2014. He currently presides over Religious Education for youth and adults in the ministry.

Pastor Veronica Okorozo (Pastor O) was born and raised in Nigeria. She felt God’s calling on her life at a young age when she began volunteering at church, visiting orphanages and homes for disabled children. She became a member of Scripture Union at Assembles of God Church where she held several positions including leader of the prayer warriors.

Pastor O migrated to Canada in 1985 to further her education at St. Lawrence college, following which she later moved to the United States in 1987 to join her husband. Her compassion for people led her to a degree in Nursing at Molly College Rockville Center, New York. She currently works as a nurse at Kingsbrook Jewish Medical Centre Brooklyn. Her yearning to understand God’s Word, led to her join the Members of Divine Touch Miracle Ministry, where she enrolled in Divine Touch Bible Institution and graduated in 2000. In 2003 she was ordained a pastor at Divine Healing and Deliverance Inc. Pastor O oversaw the marriage ministry and co-chaired the women’s committee.

In 2007 she became a member of St. Michael’s Spiritual Church Inc., where she currently serves as Associate Pastor, in this capacity she oversees the prayer warrior team and the weekly Wednesday prayer line. As Associate Pastor, she makes it her priority to maintain open lines of communication while encouraging everyone that attends St. Michael’s in their walk with Christ.

During her years in ministry, she has helped pastors build churches and feed thousands in Nigeria. She has also taken care of widows and assisted in helping children further their education. Her missionary work extends to India following her first visit in 2016, she organized a pastor’s aide ministry which includes taking care of 40 pastors.

Pastor O is happily married to Mr. Samuel Okorozo. She cherishes her role as a wife and mother of four wonderful children. She enjoys cooking and feeding everyone. She is sweet, loving, kind and strives to always be authentic. Pastor O is an anointed woman of God who believes that through constant prayer, fasting and hearing God’s word, lives can be changed. 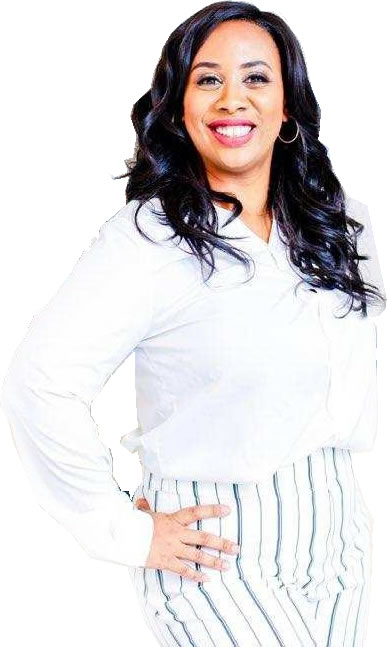 As one of Archbishop Thomas’ children, Jennifer grew up in St. Michael’s Spiritual Church and has been preaching since her youth. At a young age, she knew her calling was to heal and so she directed her studies to medicine. Little did she know that God had a different kind of healing ministry in mind.

Jennifer Boateng has served as the founding youth minister in both Rock Hill Pentecostal Church in London (UK) and The Methodist Church of West Croydon (UK); and as the pastoral aide in the Muswell Hill Methodist Church (UK). She has provided leadership support for local women’s ministries in Calcutta and Tamil Nadu and more recently led the development of Pastor’s Wife Ministries in locales around Hyderabad (India). You can often find her as part of mission teams in West & Southern Africa, Europe, Middle East and the Caribbean. She has served faithfully as an evangelist for 20 years and is currently the Administrator for St. Michael’s Spiritual Church and its global satellite churches.

Evangelist Boateng is a multi-denominational Brooklynite. She was shifted from a Pre-Med major to study Cross Cultural Communications and minor in Comparative Religion and Theology at the University of London; the School of African and Oriental Studies (UK) and Payap University (Thailand). Living and studying in various parts of the world has afforded her the opportunity to connect with like-minded individuals to partner with in ministry.

An effective communicator of God’s Word, Evangelist Jennifer is widely known for her practical and dynamic teaching style which helps people apply the timeless truths of Scripture to their everyday lives. She has served as a co-host on a Christian youth radio program and is co-owner and CEO of a kingdom-minded travel initiative. Her latest venture is coaching Christian entrepreneurs to operate and scale their businesses based on biblical principles.

Jennifer and her husband, Emmanuel, have been married for over 15 years, and are the proud parents of 4 children, Lydia, Kwasi, Johanna and Sarah.